So, after waiting through several delays, I finally got my hands on the L4D2 demo. I really enjoyed it. Here are my thoughts:

When the original came out, I played it to death. Every lunch hour I would hop into a game with my friends/colleagues and play as much as possible. Play dwindled after about 6-7 months.

Now that the demo of L4D2 is out, I’m in love again. What the demo does really well is show off all the little changes. It gives you a taste of the new special infected, the Uncommon Commons, a running crescendo event and a subset of the melee weapons. There are other tweaks that I loved too, like the old music reappearing with a Southern feel. Or the female Boomer model. 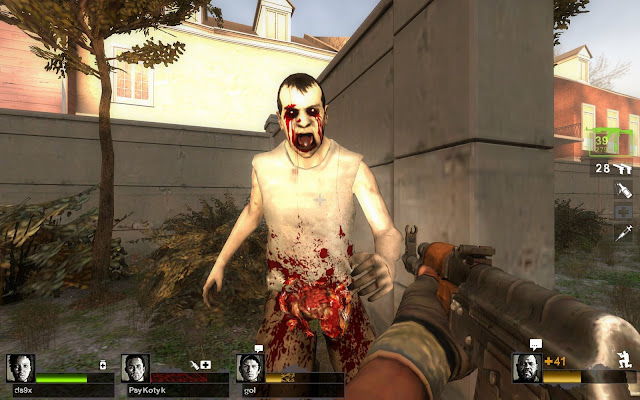 I have to say that I had none of the technical problems  people have listed (although I couldn’t rejoin a game I’d previously left for some reason), so I can’t comment on them. I don’t think they’d be a deal-breaker though, and because the demo has been released early Valve will hopefully have time to do something about them.

Overall, I’m very pleased with the demo. I’ve already bought the game, so my opinion may be moot at this point, but now I definitely can’t wait for the full release.